MOBILITY SECUREMENT THAT IS REAR FACING AND FORWARD THINKING.

MATBUS received the Accessibility Award from Freedom Resource Center during the 5th Annual Appreciation Luncheon held on May 10, 2016.

above and beyond the Americans with Disabilities Act (ADA) requirements. This is due mostly in part to their installation of the QUANTUM wheelchair securement system on two City of Fargo buses. The transit agency also implemented the Train the Trainer Workshops and distributed free 10-ride tickets to passengers learning how to ride public buses with a certified trainer. MATBUS, composed of the Cities of Fargo, North Dakota and Moorhead, Minnesota, provides Mobility Management workshops, tools and training to encourage independence.

Interim Transit Director for the City of Fargo and avid QUANTUM supporter, Julie Bommelman, quickly realized the potential benefits of the securement system, not only for transit properties, but for passengers and bus drivers alike.

“It was well worth it for our most important asset, our passengers. Thank you
[Q’Straint] for your hard work in making it such a success.”

QUANTUM, which allows wheelchair and scooter users to independently secure themselves on Fargo fixed route buses, is fully automatic, new to the fleet, and gaining momentum in the transit industry. The cutting edge technology from Q’Straint has been well-received by MATBUS staff, the riding public and the Freedom Resource Center. Nate Aalgaard provided a letter of support during the process, endorsing QUANTUM. The State of Minnesota recently approved QUANTUM, giving the City of Moorhead the opportunity to explore installation of the wheelchair securement station in their upcoming purchase of two fixed route vehicles. Further, the City of Fargo plans to purchase two new fixed route vehicles with hopes to include QUANTUM in each vehicle.

Q’STRAINT Makes Safety Accessible for the City of Regina 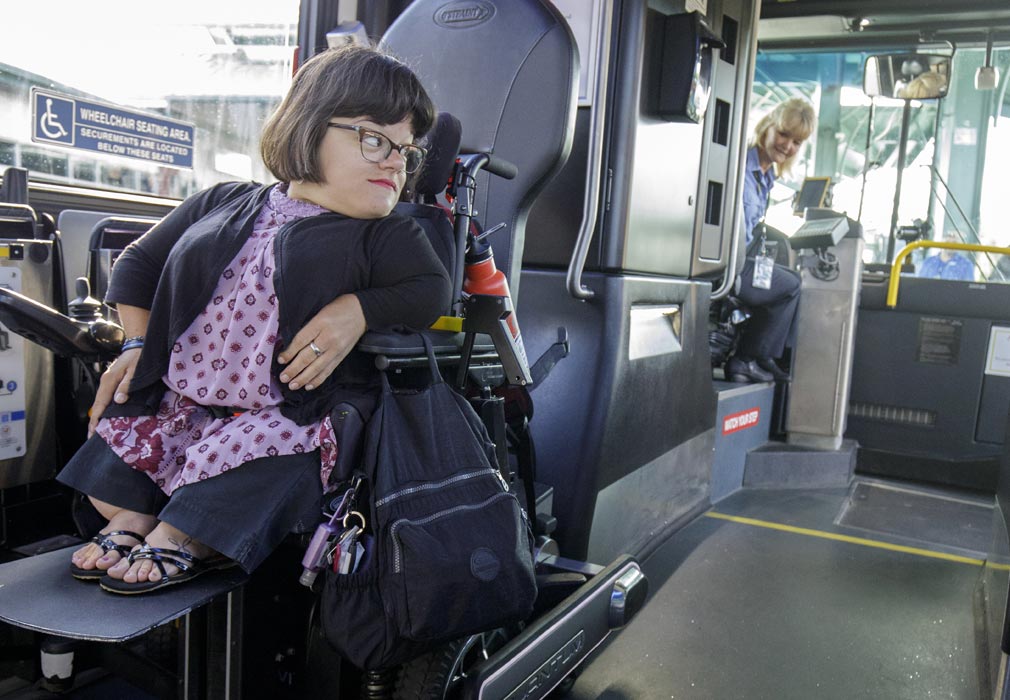