Sometimes you just know a good thing when you see it. Such was the case when Larry King, General Manager of the Muncie Indiana Transit System (MITS) looked into the features and benefits of the Q’POD wheelchair securement station. 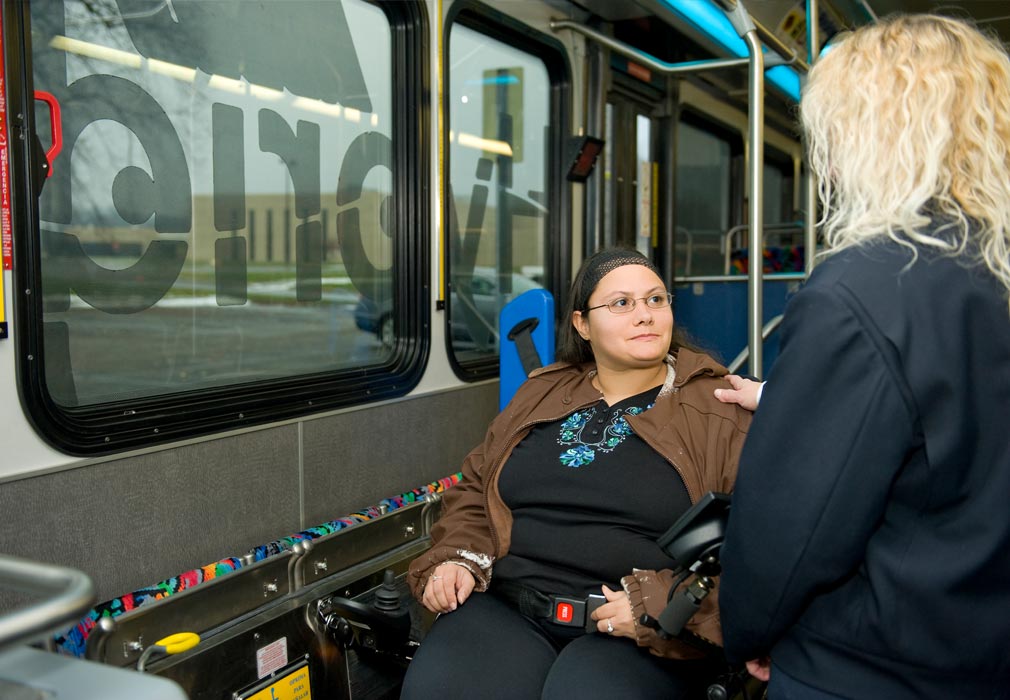 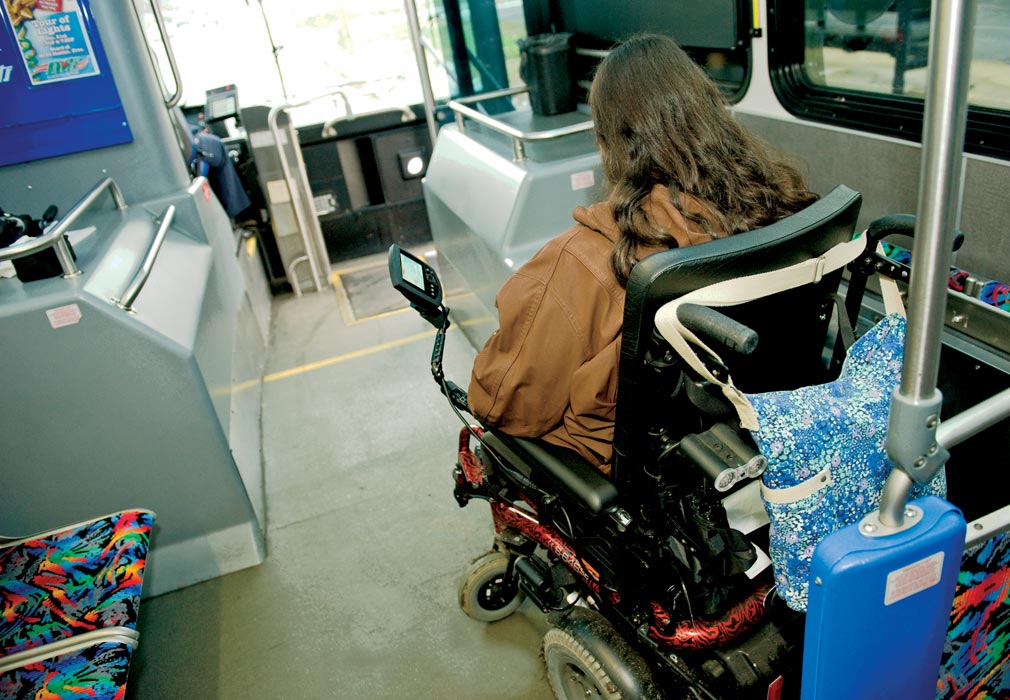 “We had new buses already being manufactured – but after seeing the Q’POD we liked it and saw the advantages — so we did a change order to get it placed into these vehicles.”  King says.  “We weighed the cost against potential worker’s comp injury, a chair tipping over in an accident or the risk of an improper securement. It was determined that the potential financial impact of just one of these claims would be more costly than the upgrade to the securement areas with the Q’POD’s.”

Though one of the nation’s smaller transit operations — with 45 vehicles carrying 2 million riders a year on 16 routes —MITS serves a high percentage of mobility passengers for a system its size, according to King. He says Ball State University accounts for a large portion of this special needs ridership. “Those students come here because it is a very accessible campus. And a lot of the students coming here because of that accessibility and then finding our system also very accessible have actually stayed here because of the transportation that’s available for them.”

Even before the Americans with Disabilities Act, accessibility has been a priority at MITS. But system managers are always striving to balance wider accessibility with quality of service.

“With Q’POD, the securement process has improved one hundred percent. It definitely takes less time to have a secure passenger than it did before. So I’m able to keep my buses on time better, I’m able to serve our customers better.”

Today, ramps allow wheelchair passengers to enter the front door, pay their fare and proceed to the securement area, where, says King, “with Q’POD, the securement process has improved one hundred percent. I can honestly say that since we started using them, I have zero complaints from my drivers. They love it. It is less intrusive on the passenger, it is easier for the operator in terms of interaction with the passenger. We used to have complaints about the stretching and positioning that they had to get into to secure chairs and scooters. I don’t hear that at all anymore.”

Equally important is wheelchair passengers’ increased satisfaction. “They’re on the bus because they like their independence, and they want the ability to move freely within the community, when and how they choose,” says King. “With ramps and the Q’POD system, our buses make it a lot easier and more efficient and effective for us to move them, and for them to maneuver themselves, without feeling embarrassed they’re causing delay.”

All of which helps MITS maintain the quality of service that made it the 2005 and 2008 American Public Transportation Association Outstanding System in North America.